Video
A brilliant solution to the problem of stability at sea:

Link
GIRP, a really nice little climbing game (probably easier to get to grips with if you know from the start that feet are not involved). 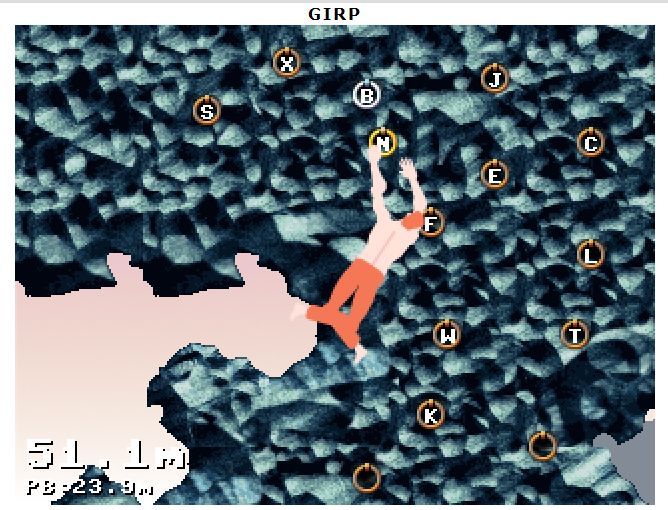 We are all cognitive misers

Question
What is the oldest evidence of your own activity on the internet you can still provide a live link to now?

Last Week’s Puzzle
Last week I asked if it was true what they say, that 3D can never work. I think there are two compelling clues towards an answer here.

First, Box Office Quant takes a good solid look at what the money in 3D cinema is looking like. The conclusion is that after two years of 3D cinema being a serious consideration, it’s looking pretty solid. There’s lot of great data and visualisation of it over on the original post, but I’ll just reproduce the weekly revenues by dimension here: 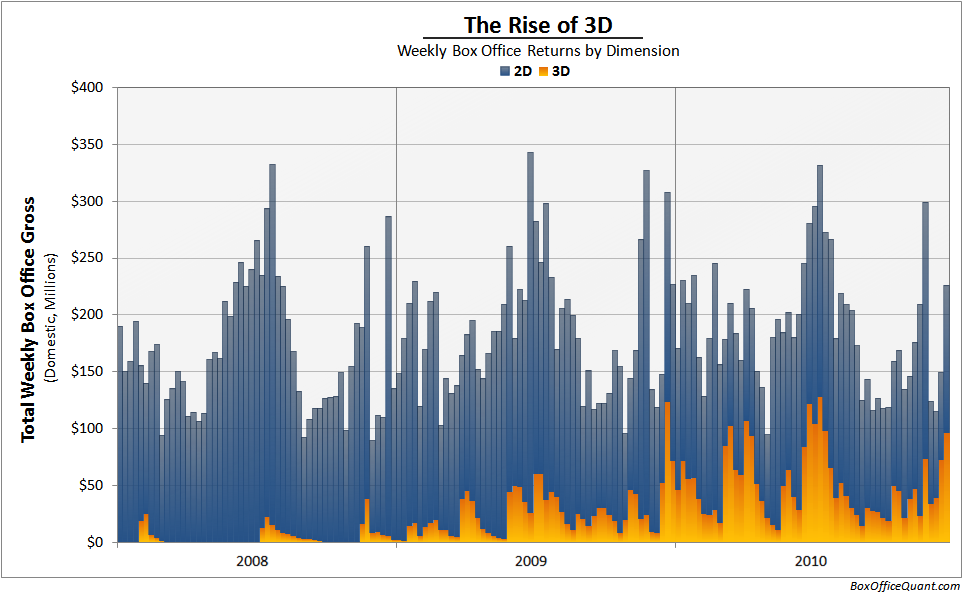 It’s clear that something is working, anyway.

On the other hand, there was this development with Nintendo’s autostereoscopic 3DS by its producer Hideki Konno:

“We want to get software out to as many people as possible, and there are some people who just can’t see 3D […] We’re moving away from any stance that says if you don’t use the 3-D functionality you can’t play this game.”

While I’m yet to see some solid data, the picture that seems to be emerging is that a significant minority (10%?) really do have an issue with the convergence/focus conflict that Walter Merch identified (and which is, incidentally, the underlying science behind the apparent paradox highlighted in this XKCD), to the point that watching a full-length 3D movie or spending a significant time playing a 3D game is an uncomfortable experience for them. Naturally there’s also a small proportion of people that for various reasons do not perceive 3D in real life, for whom a 3D film/game has nothing to offer above a 2D one (and I suspect they are being used as a kind of smoke-screen to hide the bigger concerns about the former group in Hideki Konno’s quote above).

It seems that minority is small enough that 3D cinema revenue remains robust, but large enough that Nintendo don’t want to undermine their universal appeal by allowing 3D to be a barrier to participation.

Incidentally, I find it an incredible sign of the times that we now have three dimensional full-colour moving image experiences at a fully commercial scale, which is really quite an amazingly neat trick, and yet so many people I’ve spoken to seem to feel it’s not particularly worth having. Or in Louis CK’s words, “Everything is amazing right now, and nobody’s happy”: