At school, I thought the purpose of English Literature was to argue about hidden meanings in books, meanings I believed were not remotely connected to the author’s original intent, and that I therefore considered worthless.

Since then, I’ve completely changed my mind. Intent is bunk, over-reading things is fun! Are the Star Wars prequels actually the purest embodiment of George Lucas’s original desire to recreate the adventure serials of his youth? Or is Lucas in fact the world’s greatest troll, deliberately irritating the original trilogy’s fans, perhaps because he resents the way they feel a kind of ownership of the material he originally created? I don’t know, but it’s a lot of fun to think and argue about both, preferably simultaneously!

So, this edition of Things is dedicated to finding joy in metatextual resonances and overanalysis of popular media that I have particularly enjoyed.

Art Hawk is a video series that’s all about over-reading meaning in games, all delivered in a silly voice and with layered, weird and occasionally relevant imagery. Needless to say, I love it. Here, Art Hawk explains why Candy Crush is a wonderful piece of ARRRRTTTT:

Claire Evans writes about how the Seinfeld episode about a seemingly endless car park is part of a rich tradition going back to J. G. Ballard and J. L. Borges, and finds meaning in the fact that the traditional apartment set was physically replaced by the garage set. Were these layers of meaning intended? Probably not! And that’s fine. 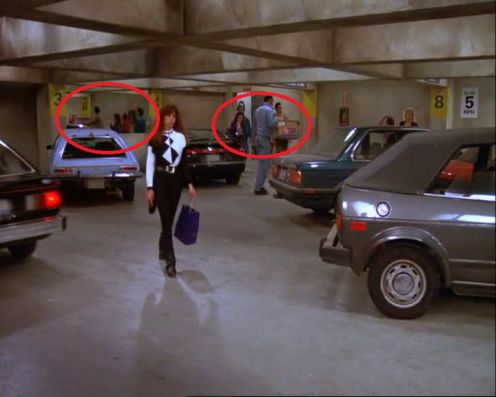 Movies in general / The lives of the stars

I’m interested in movies and how they are made, but not in the personal lives of actors and actresses – what would usually be termed ‘gossip’. But I was fascinated by The Rules of The Game, an excellent long-form article on the relationship between celebrity, gossip and publicity in the movie industry over the past 100 years. In particular, I was interested by this core insight (emphasis mine):

… media outlets report that George Clooney, whose picture personality is that of a handsome, charismatic, yet hesitant to commit man-about-town, replicates those characteristics in his “real” life, gallivanting about Lake Como, switching beautiful girlfriends every few years. The extra-textual information ratifies and authenticates his overarching image; the “real” Clooney is in fact all of the things he is in, say, Ocean’s Eleven. Whether we’re conscious of it or not, that coherency is at once pleasurable and reassuring. 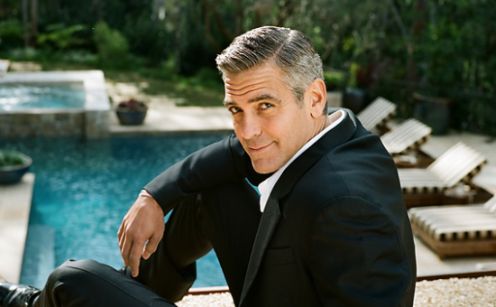 Yes! That’s exactly it. I suspect this is why the media frenzy about Clooney’s recent narrative-breaking engagement was so large that even I heard about it. 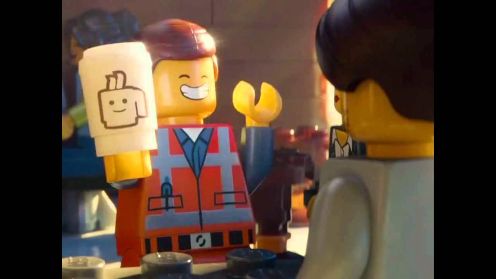 Film Critic Hulk wrote a lengthy, heartfelt piece on why The LEGO Movie really works. Hulk suggests that one of the key plot-points within the movie represents what the makers of the movie are actually attempting to achieve with the movie itself [Spoilers approaching]:

LORD AND MILLER ACTUALLY OUTLINE THEIR ENTIRE MODUS OPERANDI RIGHT THERE IN THE MOVIE ITSELF […] DISGUISE YOUR THING SO IT SEEMS LIKE A THING THEY’LL ACCEPT […] THEN WORK WITHIN THE CONFINES OF THOSE ACCEPTED WAYS IN ORDER TO DO WHAT YOU ACTUALLY WANT TO DO. IT’S A LITERAL HEIST, BUT IT’S A METAPHOR FOR A CREATIVE ONE TOO.

Specifically, they disguise the movie as a light and fluffy fun-for-all-the-family frolic, while delivering (a bit heavy-handedly in my opinion) a message about adult responsibility and what life is really all about.

Jennifer Lawrence’s rise to stardom and The Hunger Games

I first saw Jennifer Lawrence in Winter’s Bone, an independent movie she carried almost single-handedly. She plays a teenage girl with an absent father and an emotionally diminished mother, who supports her family in a harsh backwoods environment by, among other things, hunting squirrels. 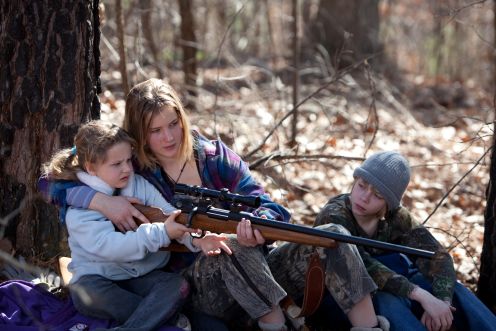 A couple of years later, she was cast as the lead in The Hunger Games, in which she plays a teenage girl with an absent father and an emotionally diminished mother, who supports her family in a harsh backwoods environment by, among other things, hunting squirrels. She puts herself forward to be thrust into the limelight of something called ‘The Hunger Games’, where she is a tremendous success thanks to her grit and skills. And of course, by being cast in The Hunger Games movie, Jennifer Lawrence herself was thrust into the real-world limelight, and is currently enjoying tremendous success thanks to her skills and, possibly, grit. I’ve got to admit, I do find that coherency strangely reassuring.

(Her intervening appearance in X-Men: First Class only breaks this narrative a little bit).

The Adventures of Baron Munchausen is one of the more extraordinary entries in Terry Gilliam’s canon, a wonderfully creative and madcap romp through various ridiculous scenarios which betrays none of the difficulties that beset its production. [Spoilers about to break down the gate.] 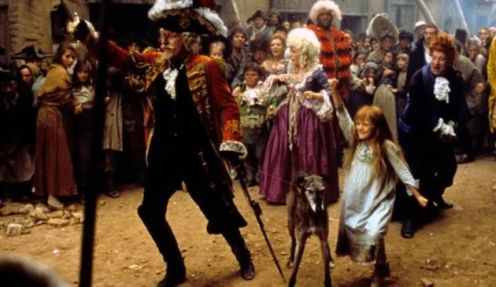 In the movie, bureaucrats, following entirely rational procedures, prolong the suffering of the people in a city under siege. The Baron defies them, and through sheer force of will, creativity, and with a few friends, defeats the attacking army. But the chief bureaucrat then has the last laugh, assassinating the Baron.

Similarly, despite bureaucrats at Colombia attempting to fatally restrict the movie’s budget, and in the face of all manner of other challenges, Terry Gilliam nevertheless created something wonderful – through sheer force of will, creativity, and with a few friends. But the bureaucrats got the last laugh, as a political change within Colombia resulted in the movie being given such a limited release it could not possibly succeed, effectively assassinating it.

In the film, with one final, surreally creative twist, the Baron nonetheless declares victory. In the documentary accompanying the movie on DVD, Gilliam feels that this resonates with real life still further: despite everything, the movie is everything he wanted it to be, and it lives on with home releases; this represents his final victory.

(On the subject of Terry Gilliam, the parallel between Doctor Parnassus peddling incredible things to an unengaged modern audience and Gilliam’s late career is almost too overt to mention here).

Speed Racer is my favourite movie. It’s utterly ridiculous and visually stunning, which I find an irresistible combination. This quote from the Ain’t It Cool review explains that a little better:

You know how sometimes you see a trailer for a film like THE FIFTH ELEMENT, and they show you all this eye candy and it looks like the whole film is full of that? And then you see the film and it’s actually about 10% crazy eye candy and the rest looks like a regular movie? Well, that ain’t SPEED RACER. Every single image in this film is outrageous, hyperreal, and color-saturated, and at first, it’s sort of a shock to the system. But by about 15 minutes in, your eyes get used to it, and suddenly the entire palate becomes sort of beautiful.

But it’s more than that – in Adam Saltsman’s Vanquish retrospective he draws a parallel between that underrated video game and Speed Racer, and sums up this other brilliant property of the film:

In SPEED RACER, time is completely relative; a viscous fluid, the passage of which, like our place in the chronology and memories of the characters, is utterly dependent on the story, rather than linearity, or even cinematic tradition. Time and space shift according to the needs of the narrative and cinematography, but in a way that is intimidatingly holistic and with a degree of confidence that would be unnerving if it wasn’t so thoroughly saturated with real human love.

Anyway, to get back to the point, and what really cements the movie’s place at the top of my all-time-favourite list, is Chris Stangl’s observation that it is essentially a metaphor for its own creation:

Because Speed Racer is about something; about something moving and important […] Speed Racer is about art and commerce, though the stand-ins are racing-constantly-compared-to-art and patronage in the form of corporate driver sponsorship, with Speed Racer as a virtuoso whose work in content and form reduces crowds to tears of ecstacy. It’s about accepting that your art exists in a commercial sphere, that money and power are in the balance, from sponsor on down to spectator… but the artist needs to do what the artist does, and ignore all that. Listen to what the car needs. When you turn in something bizarre and startling, garish and strange — even when it gets upsetting and your mom has to look away — as long as you drove as hard as you could, you did your goddamn job […] The Wachowskis are encouraging artists who can’t help but make the weird new things they make, to be bold, proud. When it’s in your blood, you have no choice anyhow.

The fact that the film proved to be a financial disaster makes this message all the more poignant for me.