Comic
Cindy and Biscuit is a comic by Dan White which consists of various short episodes, and the best way to communicate what sort of thing they’re about is probably just to show you this representative one-pager: 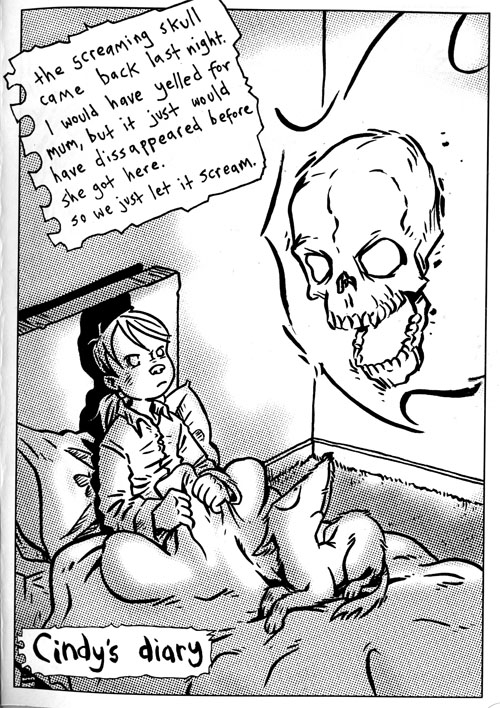 Cindy is of a character-type I find particularly inspiring: defiantly unbowed by the insanity the world presents her with, and generally willing and able to tackle that insanity head-on. You can read Cindy & Biscuit in The Snowman here, or just enjoy my favourite panel below, or go ahead and order the comic directly, or pick up Vol. 2 from Gosh! like I did. (And if you’re on the fence on whether or not to spring for it, read this much more detailed review). 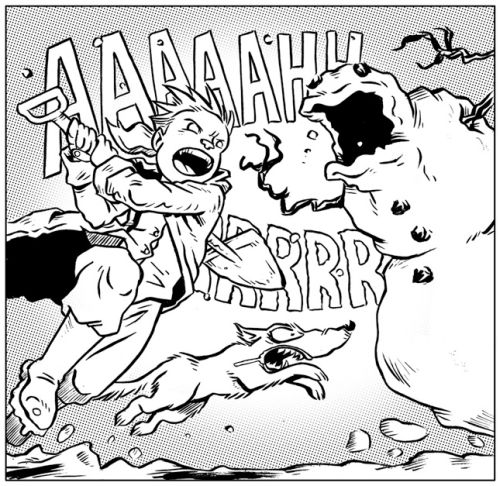 Video
This is a fantastic use of technology in combination with dance. It’s quite a slow build, so if you’re impatient just make sure you at least catch 1’12” to 2’37”.

Film / TV
Werner Herzog has been making documentaries in one form or another since 1969. I’ve only seen two of his more recent ones (Cave of Forgotten Dreams and most recently Into The Abyss), but the impression I’m forming is that these decades of experience must be the reason he’s able to elicit such insightful responses in interviews seemingly without effort and even while apparently willfully derailing the conversation along frivolous tangents.

The most striking example I’ve heard so far, which you can hear (but unfortunately not see) at the 2’34” mark in this Kermode & Mayo review of Into The Abyss, occurs when the death row pastor happens to mention seeing squirrels (and other animals) while unwinding at the golf course. This prompts Herzog to request “Please describe an encounter with a squirrel”, to which the pastor responds with an initially jovial anecdote that quite suddenly leads straight to the heart of his feelings about his role in executions.

You can watch the trailer for the film, but it doesn’t really do it justice:

There’s also a series of three 45-minute TV episodes (still viewable on 4oD at the time of writing) which I haven’t yet seen but will presumably be similarly insightful and gut-wrenching.

Picture
Such an elegant concept: Eirik Solheim extracted sequential vertical slices of  3,888 photos he took out of his window over the course of 2010, and composited them to produce one year in one image: 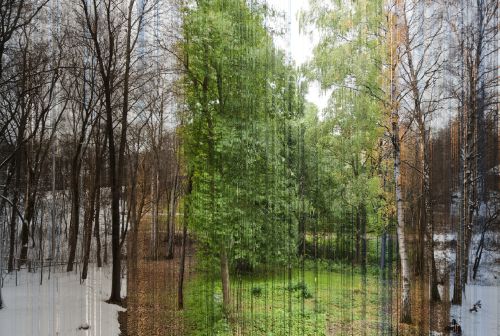 (You may recall a similar idea applied to video that I posted a short while ago, A History of the Sky).