This week’s film – one line review:
I saw an interview with Tim Burton in which he said he was much more concerned with creating a resonant memorable image in the viewer’s mind than telling a story, and watching Sweeney Todd this was very clear.

Next week’s film:
I’m going to see No Country For Old Men at some point next week. But I already went on about that last week.

A Puzzle:
The Rainbow Paradox

A Quote:
From one of my lecturers at Imperial:
Ray Rivers: Path Intergral theory is like a bicycle – it’s not something you prove the existence of, it’s just something you ride.

A Link:
One of my favourite pieces of satirical writing: a report on a press conference shortly after September 11th, 2001, titled “Got angrily clarifies ‘don’t kill’ rule”:
http://www.theonion.com/content/node/28151

These days, amazingly, The Onion has shifted from newspaper style satire to full video versions. The production quality is incredible:

Poll: Bullshit Is Most Important Issue For 2008 Voters

A picture:
The winner of the ‘messiest desk’ competition run by old-school geek hang-out bash.org: 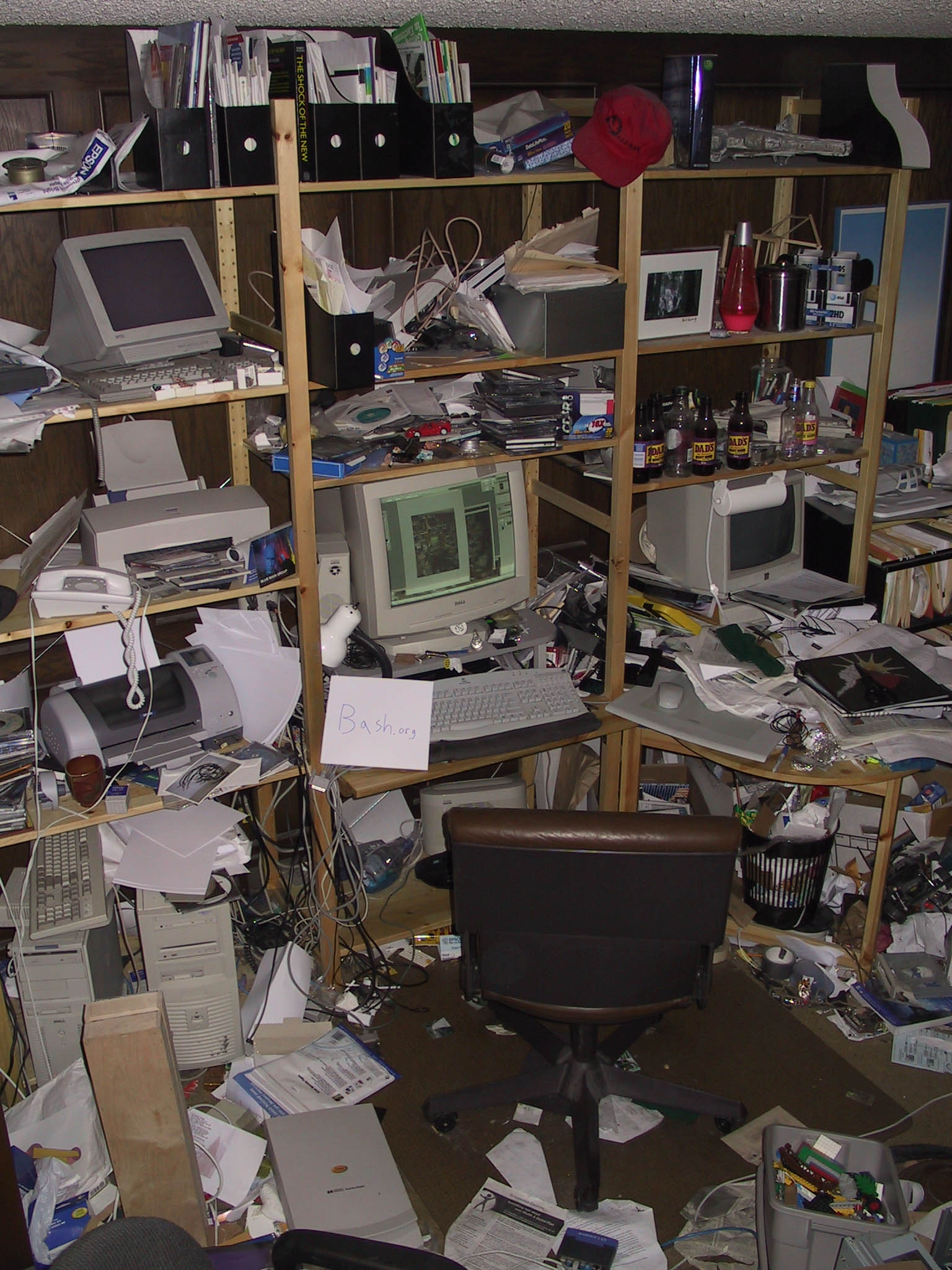