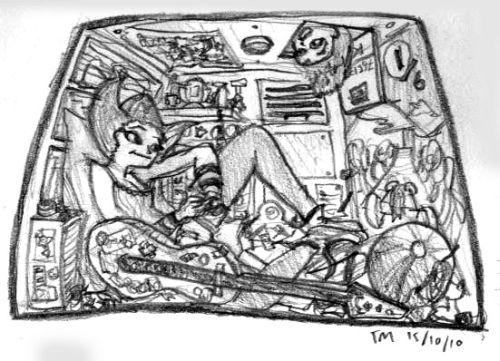 […] week’s Puzzle Last week I asked how one might devise an experiment to test for the existence of Free Will, using “any […]

[…] images to draw every day, Now Draw This. My attempts then appear on Sleep or Draw. As mentioned in Things 84, I’m mainly saying this here to reinforce my perceived obligation to stick to the schedule, […]