Films
If I have time, I may watch Taken, because it seems wonderfully up-front about its aim as a film – “They have taken his daughter. He will hunt them. He will find them. And he will kill them.”

Last week’s puzzle
What is the difference between a duck?

One of its legs is both the same.

That’s the official answer. Now for something more serious.

This week’s puzzle
In evolution, the principle of ‘survival of the fittest’ generally means that over time only the most well-adapted versions of a species thrive, and this causes species to develop and improve over many generations. For example, Giraffe’s necks get longer, Lions become better hunters, and so on.

In humans, we look after the sick and the weak and we often have redistributive tax systems. We go to a great effort to help the ‘least fit’, in the evolutionary sense, to survive. In the context of the above, this seems incomprehensible. How did this happen?

Video
More cat video goodness – this time a cat that knows the rules of that childhood game known as ‘Red light/Green light’ in the US, ‘1,2,3 Soleil’ in France, and presumably something else in the UK that I can’t remember. The game also featured to great effect in the movie The Orphanage.
httpv://www.youtube.com/watch?v=eG_IcgVb-WM

Link
A very practical link:
http://www.metcheck.com
An excellent site for checking the weather, as it includes how weather changes over the course of the day.

A quote / anecdote
On Saturday in Regents Park (while running a treasure hunt) I think I may been the target of an interesting pick-up strategy. A rather attractive French lady asked if I could take a photo of her, so I agreed. She sat on the grass and posed seductively and I took a sensible picture. She asked me to take another one with the camera looking down at her from above. It seemed unreasonable to say no at that point. Then she said “Now let us check the photos to see if you are a good photographer [she then checked them]… oh, you are fabulous! Now, let us go to Queen Mary’s fountain and take some more photos there.”

It was at this point I explained I was a bit busy and had other places to be. But I was impressed by the general idea. If I actually found the French accent attractive it may even have worked. Or perhaps I just have entirely the wrong end of a very long stick.

A picture
An optical illusion: 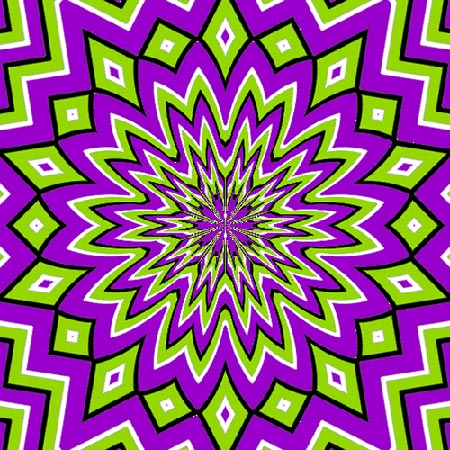