Quotes
Flaubert: “Art is born of restraint and dies of freedom”

Dorothy Gambrell (Cat and Girl): “Great stuff is usually made within very set boundaries […] the importance of a medium lies in its limitations.” (link)

Antony Gormley: “A lot of public art is gunge, an excuse which says, ‘we’re terribly sorry to have built this senseless glass and steel tower but here is this 20-foot bronze cat'”

Link
Kanji that transform into the animal they represent. A brilliant example of art within tight boundaries.

See the rest of the series here (although beware potentially NSFW imagery at the bottom of the page, after the polls, depending on what they have posted recently).

Video
Here’s a really amazing example of art vs limitations: using only the ramblings of a reluctant drunk man for the audio, make a video about the story of a historical figure. Somehow, moderately famous actors are involved in the project. The result is fascinating (although does contain moments of the more unpleasant consequences of drunkenness):
Drunk History – Nicola Tesla
httpv://www.youtube.com/watch?v=1T5gQHa2pq4

Pictures
Putting captions on pictures of cats is an emerging art form I have been monitoring for some time. I previously put together my top 10 cats from 2007 and 2008; here, belatedly, are my top 10 cat images spotted in the first half of 2009. 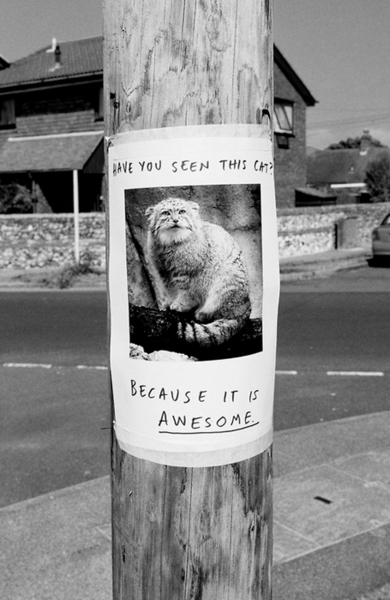 Question
Roger Ebert asserts that “Video games can never be art” Why is he wrong?
(See these posts on Penny Arcade for context and their own responses).

Last week’s Puzzle
Last week I asked what would be the best thing I could buy that would maximise hours saved per pound spent. This produced a wide range of responses, largely depending on which assumptions people chose to question.

I had planned to make simple estimates for the “hours saved per pound spent” for each answer and declare a winner, but due to the range and complexity of answers this now falls out of the remit of Things and will instead be posted over on my analytical blog, Tower of the Octopus (which now has its own domain) once I find time to make such estimates.

[…] Video The top 20 entries in a 5-second video contest — another great example of creativity out of limitation, as discussed in the Things Art Special: […]