This week’s film – one line review
I felt Persepolis made excellent use of the animated medium, making very effective use of distorting reality to a stronger effect, and although the beginning and the end were inconsistently paced it still had a very compelling overall message.

Next week’s films
I’m going to see Iron Man at the weekend, because it sounds very much as if the mythic power of a superhero story is being leveraged correctly for once.

Video from The Onion making a hilariously over-the-top philosophical point about fan expectations:

A Puzzle
Last week I asked why mammals are 50% male and 50% female. I’ll give you this one as although it took me many years to fathom, I think it’s an important example for better understanding evolution.

If any one sex occurs less than 50% of the time, because of pair-bonding in mammals those born that sex will have a reproductive advantage, while the others will have a reproductive disadvantage. As a result, a given organism will have a better chance of reproducing its genes by producing offspring of the minority sex. This creates an evolutionary pressure to increase the percentage of the smaller group, making 50% the only stable point.

Just to complete this thread, this week’s puzzle is to explain the deviations from gender parity (here represented by 100) in the following history and forecast from the UN’s fascinating website

A Quote
Nick, another of my friends with a reputation for mangling metaphors:

with missing card backs at:

A video
Someone found the perfect soundtrack for those crazy Tube Men (takes about 30 seconds to kick off properly):

A picture
An analemma: 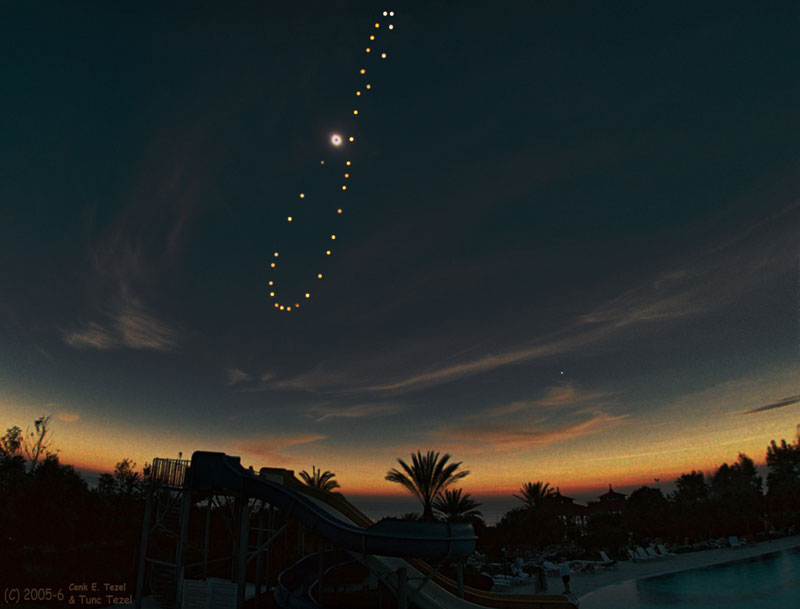