This week’s film – one line reviews :
Hancock was like a TV mini-series compressed into 90 minutes, with the first half used to trick people into going to see it, and a plot that looks like it suffered from too many cooks.

Actually I saw this on IMAX last weekend, but would rather see it again in the cinema than see Prince Caspian, which I find so unappealing even Eddie Izzard as Reepicheep can’t make up for it. Kung Fu Panda was a very solidly entertaining piece of work, as the figures below attest.

A Puzzle
Alternatives to a first mover or an infinite past:

-time as a loop

-time is an illusion

The real lesson here is that we have absolutely no right to expect our intuition for what makes sense, which we developed in our own particular tiny bit of the universe, to be any kind of a guide on this scale of issue.

This week’s puzzle
When you find yourself having to divide a cake between two children you know that at least one will complain they got the smaller slice. There is a classic strategy to solve this problem that is well known, which I won’t reveal since if you’re not familiar with it then that is an excellent puzzle already. For those that know: what if there are three children?

A Quote
A wonderfully distilled observation on what I think is one of the most fascinating debates of our generation:

A Link
Dinorun – an old-school style game in which you play a dinosaur attempting to outrun extinction. Worth playing at least once just to see how awesome it is to be wiped out by an unstoppable wave of annihilation:

A video
Another bit of cross-species friendship – “Christian the Lion”, who was friends with some 70s dudes.

Short version with the best-suited music but, er, inappropriate message at end:

Longer version with the full story but annoying text:

A picture
An illustration of how technology will help us in the future: 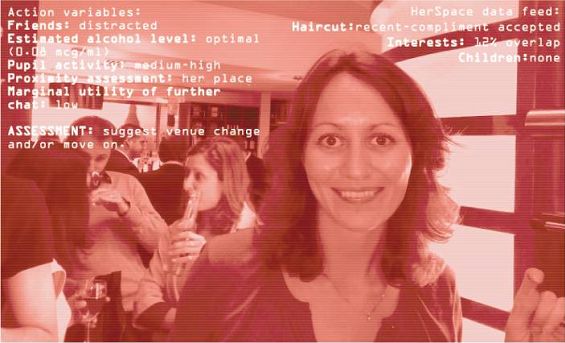