It’s the return of Things!

This week’s film – one line review:
Last night I saw Son of Rambow, which was kind of Beano-like, over the top, strange, and put together with more heart than writing competence much like the film-within-a-film it portrays, and fortunately heart is the most important aspect of a film, so that was rather good.

Next week’s films:
Next week I plan to catch the preview of Happy-Go-Lucky. It’s a film about the power of optimism by Mike Leigh, and Mark Kermode was enthusing about it, so it sounds well worth seeing.

The clip doesn’t seem terribly demonstrative given what Kermode was going on about, but it’s the best I could find.

A Puzzle:
In the last Things I left you with the rainbow paradox. I don’t have an answer but I saw a diagram once of the colours the human eye perceives separated by how distinct we perceive them to be, that looked like a clue. If I find it then I’ll use it as the image attachment of a Things one day. [That diagram can be found here, from this Wikipedia article on colour vision – metatim, 16/5/10]

This week: If there are 3 people in a room, what is the probability that at least 2 of them are of the same sex?

A Quote:
Federico García Lorca: The iguana will bite he who does not dream.

A Link:
Chris Jordan has a series called ‘running the numbers’, in which he takes amazing statistics and makes art out of them:
http://www.chrisjordan.com/

A video:
This 5-second video was big in June 2007 but I somehow missed it. It’s an internet classic and it is vital that you see it with sound:

A picture:
Below is an image which, like Chris Jordan’s art, also presents statistics in an interesting way.

Video
I first posted one of Immersive Media look-around-as-you-play-it videos in Things 62 (not yet on the blog). I like this one even more, because it achieves something artistically that a static video can’t.

Link
I’m interested in the way form influences content. As part of a longer series explaining what actually goes on between someone writing a book and someone else buying it, Charlie Stross explains why books are the length they are.

Puzzle
You can’t buy time (and I note that the world would actually be pretty scary if you could), but you can spend money on things that save you time. In terms of maximising hours saved per pound spent, what would be the best thing I could buy? 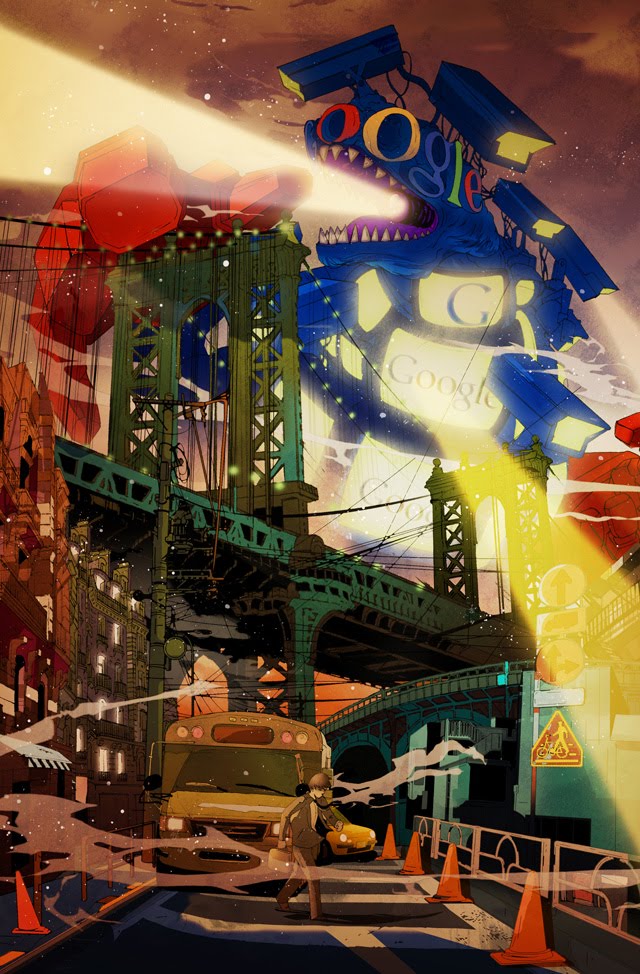