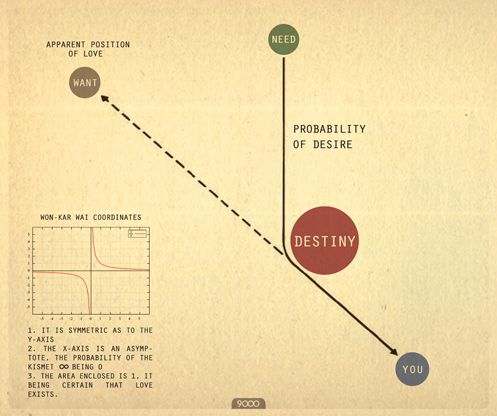 You may notice at this point that Things 30 will come out the day before I turn 30. Is this a coincidence? Or was the Things hiatus earlier this year actually very carefully planned?

Films
Still rubbish. Still not time to see them either.

A video
Here is the teaser video for my 30th birthday event:
httpv://www.youtube.com/watch?v=H18Q4vS-l5Q

A link
What is love? An interesting way to answer this question would be to create a web page that anyone online can edit, where they can add their opinion. Unfortunately this is not how Wikipedia is supposed to be used. Fortunately, this is how the talk page on Love *is* used, and it’s well worth a browse.

A quote
I overhead this on the street the other day:

“Fffffffffit! Fuckin’ fit, man. They are the fittest in all of South East Asia.”

The implication being that this man has assessed the fitness of not only all groups in South East Asia, but also those in the North East, North West, and South West as well. Impressive!

Last week’s puzzle
On the topic of being photogenic, I received a few replies. Xuan suggested people look different in 2D and 3D. Sian suggested that it’s actually about being comfortable with cameras, and non-photogenic people freeze up around them. This is similar to theories I have read that our perception of people is surprisingly dependent on their movements, so when we see them static it is quite different. Suzanne took this theory further by suggesting that photogenic people might be those that don’t have particularly animated faces.

In this case Yahoo Answers is very little help – but the Wikipedia page, on the other hand, is quite good, and covers some of the above theories:

I would personally add that the focal length of most cameras is not the same as that of the human eye, which can cause some subtle effects. I also once heard a great quote from a professional photographer – he said that “Women with strong character come across better in a photo when they don’t smile.” I think this is true. But do note that I don’t believe this implies the converse, which would be that women that come across well when they smile don’t have strong character!

Finally, Suzanne points out that beauty is either in the eye of the beholder; skin deep; or comes from within.

This week’s puzzle
Puzzles have been a bit serious lately so it’s time for something silly.
What is the difference between a duck?

A picture
I’ve seen a lot of lolcats since I posted a top 10 at Christmas last year. Here’s my top 10 of the ones I have seen between then and now.