Films
I really enjoyed City of Ember, but I have to admit this is probably because I love films about things that are underground or the end of the world or mechanical contraptions, all of which it has.

I’m going to try to see Eagle Eye because it looks like it might hold my attention with a combination of a moderately creative idea and a lot of explosions.

Also of course there’s Quantum of Solace which is out next Friday.

Puzzle from before
In Things 30 I asked why we look after the ‘least fit’ despite the fact that we evolved through ‘survival of the fittest’. A lot of people turn this around and use it as an argument that we shouldn’t look after the weak, which is ridiculous for a number of reasons, but most of all it is ridiculous because of the answer to this puzzle.

The trick is that evolution optimises for survival of genes, not individuals, and individuals tend to share a lot of genes. Helping the ‘least fit’ is nothing more than a strategy that evolution tried out and turns out to have been extremely successful. Anyone advocating the ‘kill the weak for survival of the fittest’ argument needs to explain how it is humans have managed to thrive across the entire planet by being nice to their fellow tribe-members.

This week’s puzzle
Last weekend I drove a hire car from Edinburgh to Cardiff. As it got dark, other drivers started flashing their lights at me, even though I had my lights on. I pulled over and checked the lights – they were all on, front and back. What was the problem?

A video
The stop/go cat I linked to in Things 30 has become a massive viral hit. Here’s another one – literal lyrics put to the legendary Take On Me music video:

A quote
Tarim: I used to want to be a juggler when I grew up, then I realised you couldn’t do both.

A picture
Results of my recent squirrel fishing at Regents Park (click for full size): 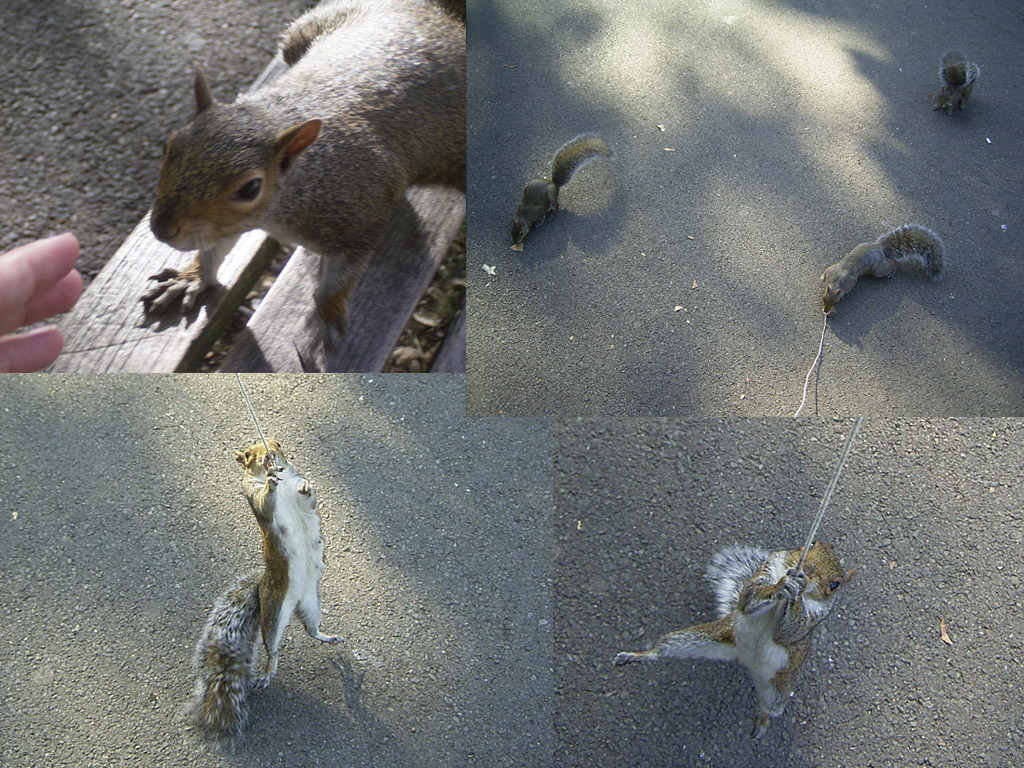 One reply on “Things 31: Literal Take On Me, Heinlein’s Standard Response, Squirrel Fishing”

[…] Answers I forgot to answer the car light mystery from Things 31. It turned out that the back lights were not actually on, and only came on when braking (which is […]