It’s time to look back at the year in Things.

The Things newsletter was sent throughout 2010, although I only started blogging it in April with Things 67. Here I’m going to pick out my favourite 3 Things from each of the main categories, including some from the pre-blogging era.

Tim Link
I compiled a list of my top 10 movies to watch at Christmas, not because they’re Christmassy but because they are perfect for the hazy lawless dreamlike days between Christmas and New Year’s Eve. Click through to see trailers, summaries, and other handy links, or if you just want to know what I chose, here’s how they stack up in terms of IMDb and Rotten Tomatoes ratings, with bubbles scaled by number of IMDb votes (as a proxy for famousness): 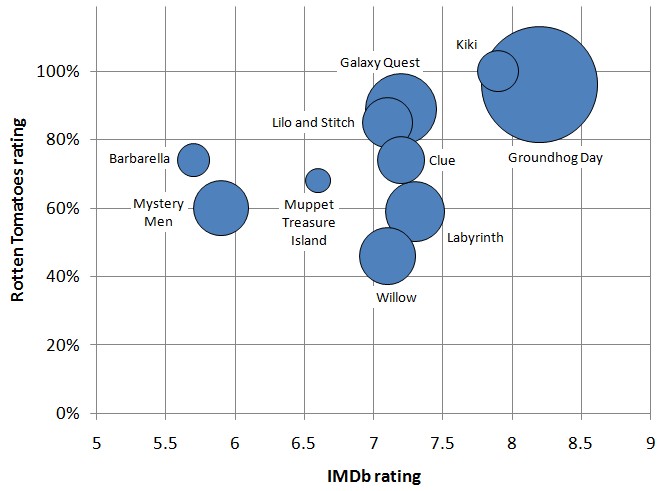 Last Week’s Puzzle
Last week I asked why our ears ‘pop’ when a plane takes off or lands, given that the cabin should be airtight and thus immune to changes in pressure.

Now, on to the Things of the year:

In Things 85 I highlighted the growing trend of cat dubbing:

Most recently, in Things 88 I highlighted this beautiful short animation:

Links
In Things 63 (not blogged), I linked to this really nice way to comprehend the scale of the universe.

The Swinger – swinginating music automatically. As featured in Things 74.

Finally, in Things 86 I linked to Steven Steinberg’s informed musings on . (Dead link, here’s the archive.org version instead – T.M. 19/5/22)

Flaubert: Art is born of restraint and dies of freedom

Pictures
As featured in Things 66 (not yet blogged), from LukeSurl.com: 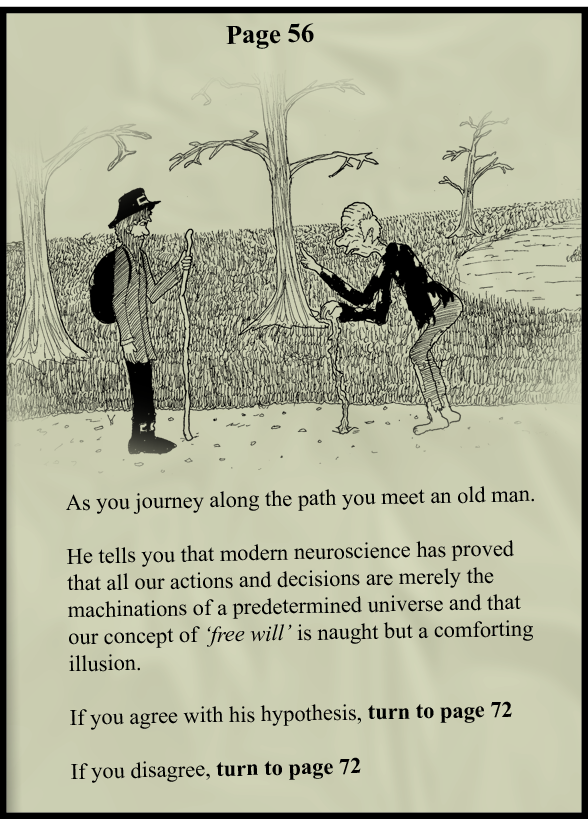 As featured in Things 81, from Cowbirds in Love: 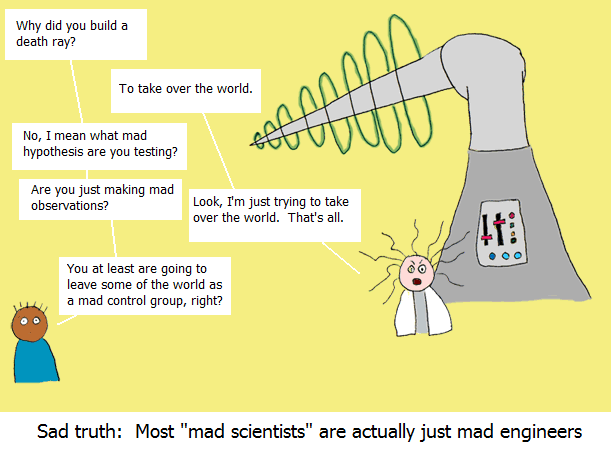 Finally, from Things 87, because this never gets old for me: 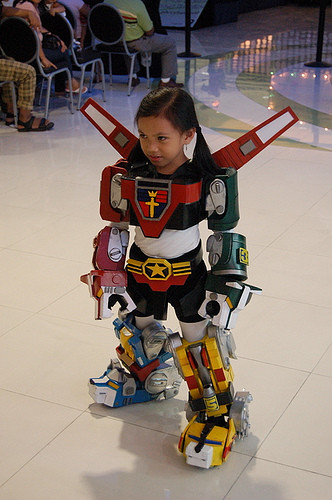 Open-ended Puzzles
1) In Things 71 I asked what would be the best thing I could buy that would maximise hours saved per pound spent. This produced a wide range of responses, largely depending on which assumptions people chose to question, which I posted in Things 72:

2) In Things 77 at Angela’s suggestion I set the Trigger’s Broom / Theseus’ Ship problem. While there was some excellent discussion, which I summed up in Things 78, my favourite answer came from Laurence, which I posted in Things 79:

“It has occurred to me that this could equally be applied to most armies,
governments, countries, football teams, religious cults, families, and
hell, humanity as a whole. At least one of these is the cause for things
like the situation in Northern Ireland, so I think if you could solve
Trigger’s Broom, then it could well go towards solving some larger
issues. (Albeit, possibly presenting people with some radically new ones
in the process!)”

given an arbitrary budget, and any science-fiction technology you care to imagine, how would you devise a test to see if Free Will exists? Feel free to use any definition of Free Will you think might be useful.

Again, there was some interesting discussion summarised in Things 85, but I had one preferred response, from Tarim:

I cannot think of ANY definition of Free Will.

Which I thought was a fair point.

Puzzles that had good answers that I didn’t know
Richard deserves a special mention for supplying quick, detailed and accurate answers to many puzzles where I had no idea what the answer was at the time I asked. Here’s my favourite three examples.

1) In Things 74 I asked why walk-in freezers have doors that cannot be opened from inside. Richard pointed out the answer is that actually, they generally don’t.

2) In Things 85 I asked about some very strange sequential spikes in searches for numbers on Google Trends:

As I posted in Things 86, Richard worked out that it must be people search for the latest fansubbed episodes of the anime series Bleach, which is pretty much confirmed by checking the search terms associated with these numbers over on Google Insights for Search.

3) The ear popping problem, as was posted in this very edition of Things.