Question – is change accelerating?
I’ve had vague qualms about the rhetoric of accelerating change, but intuitively felt that even if the arguments weren’t quite right, there was still some truth in it. Matt Edgar confronts these arguments directly here, noting among other things that Moore’s law is hardly a useful measure of change as experienced by humans, that the human perspective tends to see the present as faster-moving than the past, and that by some important measures, change has actually reduced:

There is one factor that is radically different today from any other time in history, and that is the size of the Earth’s human population […] one might argue that the global population boom is only made possible by stability in whole swathes of the world previously troubled by uncertainty and disruptive change.

So this week’s question: when we say “the pace of change is accelerating”, what exactly do we mean by that, and how can that be proved?

Video
Another example of a cracking concept combined with an excellent execution (provided you’re already passingly familiar with the work of Tom Waits and the Cookie Monster):

Link
The extraordinary API-linking service that acts like internet duct-tape, If This Then That (which I mentioned back in July when talking about how I find things on the internet) has now properly launched. They explain it pretty well on this aptly named page. One of the hardest things to do with IFTTT is work out what you should do with it, so rather brilliantly you can now see a list of the most popular tasks. (Personally I use it to cross-post my webcomic to Tumblr, email myself a reminder to do various things at the end of the month, and to add Twitter favourites to Read It Later).

Another video
That was technically a link I have shared earlier, so here’s something else: a rather nice video of people base jumping in some particularly ridiculous ways. However, the soundtrack gives the impression that they are striving to achieve something important for all of humanity, when in fact it’s pure, senseless, wonderful frivolity. As such, I recommend using a Dan Deacon soundtrack, which I conveniently provide for you below to play at the same time. (Dan Deacon is not to everyone’s taste though, so feel free to substitute your own flavour of insanely optimistic music).

For those that haven’t done this before: hit play and pause on both videos to get them streaming. Turn down the volume on the base jumpers to zero. Then when you’ve got enough streaming going on, hit play on both, and fullscreen the base jumpers.

Note that in terms of content, both videos take about a minute to kick off properly, so if you’re impatient then jump to ~50s into each one first.

Quote
Very surprised I never came across this one from John Adams before:

“It is more important that innocence be protected than it is that guilt be punished, for guilt and crimes are so frequent in this world that they cannot all be punished. But if innocence itself is brought to the bar and condemned, perhaps to die, then the citizen will say, “whether I do good or whether I do evil is immaterial, for innocence itself is no protection,” and if such an idea as that were to take hold in the mind of the citizen that would be the end of security whatsoever.”

Rather satisfyingly (in a TV Tropes kind of way) this general idea is filed under Blackstone’s Formulation.

Simon says “nothing to hide” is wrong because it

“…presupposes that the reason someone desire[s] privacy is to conceal a wrong. What if people want privacy for other reasons?”

This is similar to my own thinking, which is essentially that privacy as a notion is a counterargument in itself. Hence my own answers along the lines of:

“If you have nothing to hide, why do you have curtains?”

“If you have nothing to hide, you’re not representative of the majority”

Richard pointed out that at the peak of the Wikileaks hubbub, this tweet did the rounds:

“Dear government: as you keep telling us, if you’ve done nothing wrong, you’ve got nothing to fear #wikileaks”

On a similar note, Rik points out that this is a good time to quote Juvenal:

“Who watches the watchmen?”

This neatly digs out the hidden assumption of “nothing to hide”, which is that the people you might hide something from can themselves be relied upon to act on that information “correctly” (whatever that may mean). However, this argument is a double-edged sword. The strongest reading (as I see it) is that the very idea of watchmen hides a kind of Gödelian paradox (after all, who would watch the people watching the watchmen?). But if you interpret it more simply it suggests that the answer to bad surveillance is good surveillance.

Or put another way: it seems to suggest that problems with surveillance can be solved by adding more surveillance. Given that surveillance already has that feedback loop baked-in (if crimes take place out of sight of CCTV then naturally you solve this by having more CCTV), this counterargument might not actually help.

A more direct line of attack might be to use extreme examples of Watchmen we may not feel comfortable about, for which I suggest:

“In Orwell’s 1984, should Winston Smith have anything to fear from Big Brother?”

“Would you still have nothing to hide if an extremist party formed part of the ruling coalition?”

Finally, Adam has a different approach:

“Given enough information I can make anyone look guilty”

An idea we’ve seen in various political and journalistic thrillers is that everyone has something that you could expose to damage their reputation, but Adam’s argument takes this a step further. This also confronts the above mentioned feedback loop of increasing surveillance head-on. As Adam says:

As […] data on each person grows, so too does the scope for misuse, misinterpretion and misidentity. […] No individual fact could be incorrect, but they could be formed into a picture that is, as it is known that people look for facts that meet their beliefs, and with enough information this could be achieved an alarmingly high proportion of the time…

That’s my favourite answer so far, although it does need people to buy into some form of Blackstone’s formulation (see above John Adams quote). This will be an argument to refer back to over the coming years I suspect.

There’s much more to say on this, but that will have to wait for another blog post. 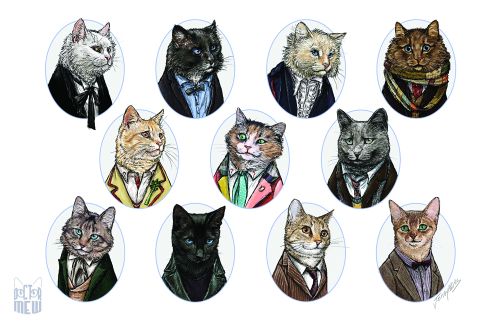