Tim Link – Competitive Sandwich Making
Last week Clare and I ran a game based on tessellating pieces of cheese to make the best sandwich for the Hide&Seek Sandpit event. You can read about it and see the photos on my project blog, Tower of the Octopus.

Puzzle
In a chess tournament in which anyone can use any means available to them to come up with their moves, who would win? Some possible answers to give an idea of what kind of thing I’m talking about here:

(I had wondered about this in an abstract way before, but recently found out that has actually been done. I’ll relate what happened in that event next week, but you could of course try to Google as well as guess the answer if you wanted).

Video
(Via Phil): Art out of Science:
(Two views of the same thing. If your browser is up to it, you could try watching both videos simultaneously – start the bottom one 20s after the top):

Links
Kickstarter is one of my favourite things on the internet: people with an idea for something get a platform from which to shout about it, and to collect pre-orders or donations from people that like the idea. If there’s enough interest, the project can go ahead, and everybody wins.

So far I’ve helped fund two comics, the Wormworld Saga app (which saw so much success the creator, Daniel Lieske, decided he could give up his day job), and I’m currently backing The Endangered Alphabets Project, which is the kind of thing I like to imagine in a vague way is going on in the world, but I now have the opportunity to facilitate it directly (also, it’s only just on track to hit target, so do go check it out).

You can follow Kickstarter on Twitter, or go to their home page and scroll to the bottom to sign up for the weekly newsletter which highlights the most interesting projects.

IndieGoGo is similar but for reasons I can’t really pin down doesn’t work as well for me.

Crowdfunder is a UK version which I don’t tend to find as inspiring, but would probably be the best one for someone in the UK to create a project with (since Kickstarter requires a US bank account).

Quote
Overheard in the maths common room when I was studying for my PhD at Royal Holloway:

The Monty Hall problem has a nice Wikipedia page, the most helpful part of which is probably the decision tree showing all possible outcomes.

In brief, the answer is that you should switch after Monty shows you an incorrect door, but certain misguided instincts steer most people away from that choice. The Endowment Effect and Loss Aversion mean that regardless of probability, people fear they would regret “giving up” their first choice more than sticking with it if they end up losing.

The more subtle effect is an instinctive (or partially trained?) feeling that the choices of others have no effect on the probabilities of our own choices in these kind of contexts. This is true when the other person has just as much information as you, but that is not the case here – Monty knows where the car is, and uses that information to ensure that he always opens a door with a goat behind it. So he has more information than you, and when you see his choice you gain some information.

As for the Two Envelopes, it turns out this is more difficult than I originally remembered. Again, there’s a great Wikipedia page on the subject, which has quite a lot of detail.

As Thomas noted, a key phrase missing from the subtly specious argument for swapping is “Without Loss of Generality” (WLOG), which one must always be careful to check whenever substituting a variable (in this case, the amount in the envelope) with a specific figure (£10 in the example I gave).

Is it true that the reasoning I gave based on having £10 in the envelope truly retains the generality of the problem – would the reasoning also hold for any other amount? In short, no. For example, there could be 1p in the envelope, or any odd number of pence, in which case we would have to conclude that we had the lesser envelope (although this still means you should swap). More dramatically (here we imagine the envelopes contain cheques, and that these cheques are totally reliable), your envelope could theoretically contain over half of all the money in the world, in which case you can be sure the other envelope contains less. More realistically, it could contain more than 1/3 the amount of money you expect the person filling the envelopes to be willing to give away, in which case you would strongly suspect the other envelope to contain the lesser amount.

If you’re interested, do read the full Wikipedia article, and meanwhile, remember to watch out for unjustifiable WLOGs.

Video
I see quite a few videos of ‘what the future will look like’, and most of the time I find them to be unconvincing. However, this view of how a simple train journey could be improved with some simple interface / screen / disposable printing ideas  seems much more sensible:

Link
Steven Steinberg has some really excellent musings on the plausible future of weak AI – including its effect on the car insurance industry, which is much more interesting than it sounds. Long, but well worth preloading on your smartphone to read on the tube, or however you fit long-form content into your life these days.

Quote
I was doing a bit of ego searching when I came across a quote from me two years in the past, which I had completely forgotten and perhaps unsurprisingly found very appealing. Under this photo I had uploaded to Flickr: 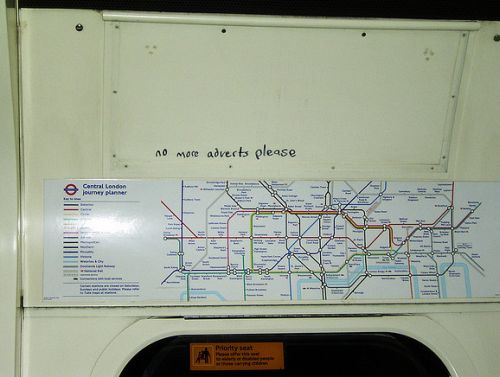 I respond to a comment and made this irrational leap of logic:

“It is in all artists’ best interests to work in the field of robotics.”

Picture
I remember reading about these underwater sculptures a long time ago. Placed in 2006, this 2009 gallery shows how the ocean has made some really great aesthetic enhancements. 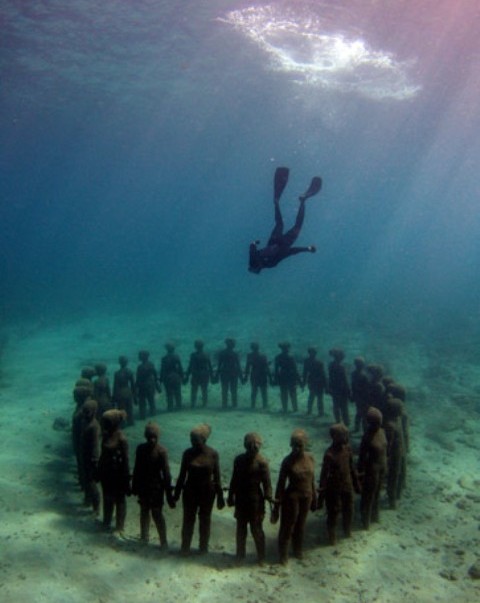 Last Week’s Puzzle
Last week I asked about some very strange sequential spikes in searches for numbers on Google Trends. Richard worked out that it must be people search for the latest fansubbed episodes of the anime series Bleach, which is pretty much confirmed by checking the search terms associated with these numbers over on Google Insights for Search.