If expanding or adding roads induces more people to drive and so creates worse overall flow, does it follow that reducing or removing roads could improve it? In some cases, yes. (Incidentally, that’s on Kottke.org, which you should definitely follow if you like Things, since it’s the same sort of idea but better). 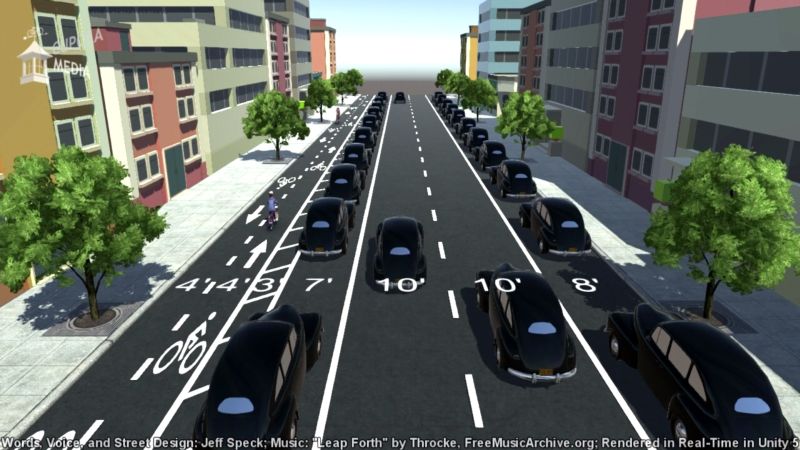 Beck’s recent music video directed by Canada reminds me of what was (for me) the golden age of music videos, with a simple conceit, intriguing editing and strong visual metaphor, all well executed. I also like the way the choice of frame for the video thumbnail sets expectations:

If you want to know about Numbers

Via Clare, there is a Wikipedia article for the number 1001, which is nice, but does raise certain questions. Fortunately, some of those questions can be answered in the ambitiously-titled article List of Numbers.

As Facebook continues to execute its global man-in-the-middle manipulation/monetisation of social interaction, it unsurprisingly runs into some very difficult territory. Reading their blog series on these topics, I’m actually quite impressed with their approach to social media mortality, and was very interested to read how they balance their policy on hate speech.

With Inception’s percussive brass sound slotting in alongside plenty of other tropes, witness a surprisingly compelling and fully generic trailer:

Would you Rather be a Fish?

Laurie Anderson’s song “Monkey’s Paw” has plenty of strange memorable phrases, but one stayed with me over the years: “Would you like to be… a fish?” The video embedded below is edited from relevant shots from the Terminator TV series, so don’t watch if you’re averse to cyborg gore:

In Jim Jarmusch’s Paterson (2016), the strange power of the phrase is explicitly noted in a poem: 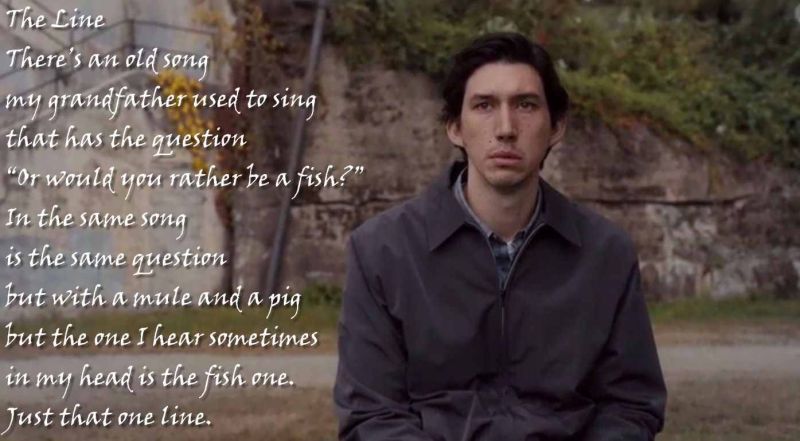 … except of course he was referencing the song “Swinging on a Star”, which I assume first coined the phrase:

I rather like the idea that much as I was struck by Anderson’s aquatic question, she herself must have been similarly struck by it in Swinging on a Star, as were Jim Jarmusch (writer-director of Paterson) and/or Ron Padgett (poet for the film). All of which makes it all the more tragic that (via Clare) the opening of late 80’s kids series Out of This World reworked the lyrics to “Swinging on a Star” to present the dilemma of aliens choosing to live as humans on earth, but singularly failed to suggest the fish alternative.

What is it that makes a short phrase like this stand out? I’m reminded of Admiral Ackbar observing “It’s a trap!’ in Return of the Jedi, a far more banal turn of phrase which nonetheless gathered enough pop culture awareness that you can make a comic like this, and people will track down the original voice actor and get him to deliver the line eight different ways 33 years later and get 36,000 YouTube views as a result.

Mind you, Star Wars is the kind of overblown phenomenon that has entire phalanxes of fans dress like an obscure background character who happened to be carrying an odd-looking prop, so may not be the most reliable of reference points. 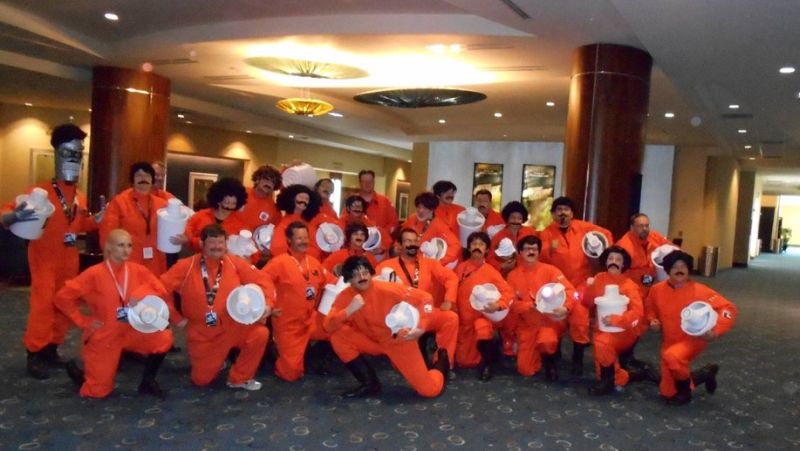 DJ Shadow goes long on both the ‘D’ and ‘J’ elements, shooting to fame in 1996 with his debut album Endtroducing, possibly the first album composed entirely from samples, which he drew from his extensive and ever-growing vinyl collection. If you’re not familiar, the result is a lot more interesting than one might suppose.

More than most artists, while he moves on musically, much of his fan base clings to the past. In a moment I expect is repeated often, at his recent gig in Brighton when he announced he would play “some old stuff and some new stuff” a member of the crowd shouted “No! Artistic stasis or death!”

Kind of. I mean, they actually just shouted “Old stuff!” but we all knew what they meant.

Anyway, the reason I bring up DJ Shadow is that he has (had?) a monthly 2-hour slot on KCRW to present some of his favourite music, and if you enjoy best-radio-station-in-the-world Fip, you might also like this, as it is similarly diverse and intriguing. There are four episodes up so you have an interesting eight hours ahead of you, if you choose to brave that path. Admittedly it starts at the less accessible end, but skip ahead in 15 minute increments for each major section if industrial electronic drone isn’t for you and you’d rather get to the Jefferson Airplane section.

Things trivia postscript
Endtroducing’s brief ‘Transmission’ tracks (“You are receiving this broadcast as a dream”) – which I later found are sampled from the film Prince of Darkness (1987), a horror film just as mysterious and unnerving as the samples imply – are the reason I end Things posts like this:

A quote
Richard Feynman:
“There are 10^11 stars in the galaxy. That used to be a huge number. But it’s only a hundred billion. It’s less than the national deficit! We used to call them astronomical numbers. Now we should call them economical numbers.”

A puzzle
Last time I asked if there were more households with dogs or with cats.

According to the data available to me (which covers the UK excluding Northern Ireland), 23.1% of UK households have 1 or more dogs, and 23.2% have one or more cats. So the answer is cats, but by an almost unbelievably small margin.

This week’s puzzle is a classic: the paradox of value.

Water is generally much more useful than diamonds, yet diamonds are more expensive by a gargantuan factor. Why is this?